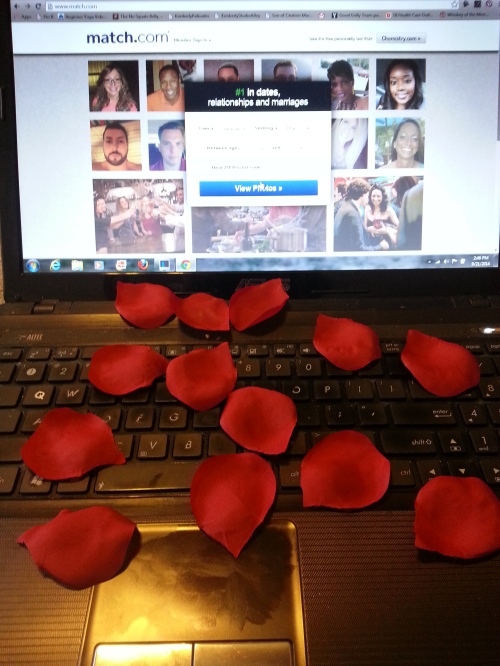 No, this isn’t me whining about my breakup – I mean, yes, breakups suck, but if you do them right they’re a growing process that doesn’t have to end with bitterness and hate. That’s what I hear, anyway – this is the first one I’ve had that’s following that plan.

What I’m dreading now is entering the whole dating scene again. I’m not looking to jump into another relationship, and who knows if I’m really even looking to date anyone right now. But I have been scoping things out on the digital sites and I’ve gotta tell ya’ – it’s kinda scary out there.

On a whim. when I was mad at my ex-boyfriend (breakups are a huge blow to your ego – there’s going to be some anger, even if it’s fleeting), I filled out a profile for one of the online dating sites I used to be on, added a few pictures and posted it to go live. Then I took a look around at some of the men who were on the site.

The majority of the photos were ones I’d seen before – when I was on the site three years ago. I’m not saying they were the same men – they were the same pictures. One complaint I heard from several men the last time I was “out there” was that women posted old photos, or didn’t look like their photos when doing in-person meetings, so I found it particularly interesting that a lot of men – and I mean a lot of men – are still using the same photos from three or more years ago.

Then came the emails. I swear sometimes there’s a code in something I post – a code even I don’t understand or see – that tells men if they have any kind of odd line or strange way of approaching women, I’m the one they should try it out on, just to see if it works. “You look like you’re nice – we should go out sometime.” “What kinds of things turn you on?” “How do you feel about …?”

I hid my profile, thinking maybe I just wasn’t ready yet – it hasn’t been that long and I’m in no hurry. Then I remembered all the great stories I was able to tell (like this one, and this one, and even this one) and thought, if nothing else, it’s a conversation starter. Maybe I should let the profile be public.

But, wow – I’m really not looking forward to it.