The Online Dating Chronicles: Welcome to my world

OK, that may be a bit strong. Dating itself is kind of fun – going out with someone, having a good time, getting to know them over drinks or dinner or a walk in the park, holding hands, kisses good night (or good morning 😉). 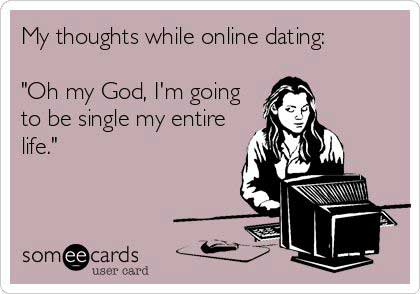 Getting to the point of having a date? That part sucks. Especially if you’re one of the hundreds of thousands of people using online dating sites to get there (and chances are, if you’re between the ages of 18 and 99, single, and looking for a partner, you probably are). Online sites are awful for many of the same reasons they’re great: You can meet lots of people, conversation is a lot easier over the internet, and it’s a lot easier to get out of a conversation if you can just log off rather than trying to back away slowly or hope your “wing man/woman” comes to save you at the right time.

They’re awful because people believe they can be whomever they want to be and say whatever they want to say – and often do. I’ve been thanked for chatting because he was “tired of doing the five-knuckle shuffle”; met a man who said he was single but was in fact ready to celebrate a milestone wedding anniversary; and asked out by a man who should have been serving a life sentence in a federal prison but worked a deal with prosecutors for early release by helping to get a murderer to draw a map to where she hid the bodies.

You think I’m kidding. I’m not.

As much as I may hate to admit it I’m more familiar than I should be with dating sites. I tried my first site before my divorce was even final – udate.com in 2002 – just to get back into the swing of talking to men on a social level. I was an awkward dater as a teen, and after 12 years of marriage I wasn’t sure how it would go (turns out I’m a more confident adult dater than I was a teen dater). I met a man on that site and was convinced to move across the state.

And have developed quite the collection of crazy dating stories.

My initial intent was to write a book – and I still may – but that will take a while and I’m anxious to share some of these stories. So that’s what I’ll be doing here, on this blog. Some will be recent, some will have occurred sometime in the last 17 years. All – I assure you – will be true. No embellishments, no fictionalizing (other than the names, because, you know, most of them are still out there), no hiding.

I’d love to share some of your stories, too – same rules, no embellishments, yada yada yada. I’ll identify your stories as “from a friend,” so you don’t have to be as public in your self-deprecating humor if you’d rather not. Feel free to send them to me at mollyswhine@gmail.com.

Here we go – this could get interesting. 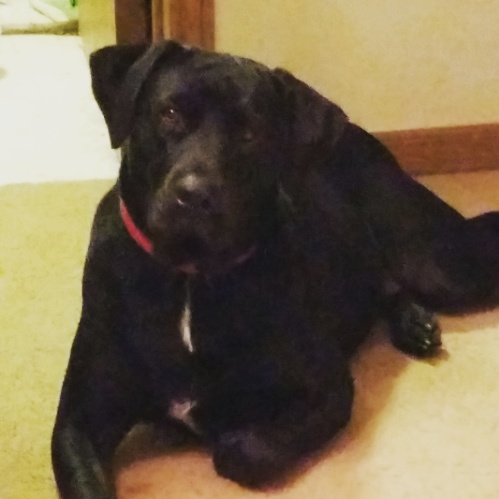 80. One of the things that worried my daughter most about moving out of our apartment was leaving me alone with the animals.

She wasn’t afraid that I’d neglect them, or that they’d overtake the palace. She was more concerned that I’d turn into a crazy dog or cat lady, talking to the animals, having conversations, neglecting human friends in favor of my canine or feline furbabies.

At the time, I thought the concern was sweet but needless. I understood its base: I did (do) often talk to my dog and cat, and sometimes think I know what they’re trying to tell me. Mattie, my cat, will wrap herself around my feet every morning when we get up and every evening when I get home, meowing and looking up at me the whole time. I look down at her and say, “I know, I know.” (I really don’t know. I don’t have a freaking clue.)

Ceili, my 2-year-old Lab, and I often communicate through the morning and night, too – often with her trying to get me to play and me trying to get her to understand, “In a minute.” And then, equally as often, with me ending up throwing the ball or the rope or the squeaky toy until she’s worn out.

But that’s all normal stuff, that’s what all pet owners do.

Then yesterday happened. I had an argument with Ceili. What’s worse – she won.

We were in the hall between the living room and the bedrooms and she was barking at the spare bedroom/storage room, which is closed to her via baby gate. I knew she was trying to tell me her tennis ball was in there, and I didn’t see it. The conversation went like this:

I threw the ball, she gave me an indignant, “I told you so!” look and off she went. And I was left there, both wondering what the hell just happened and concerned that my daughter might just have been right.

I might need a roommate. Or more human friends.