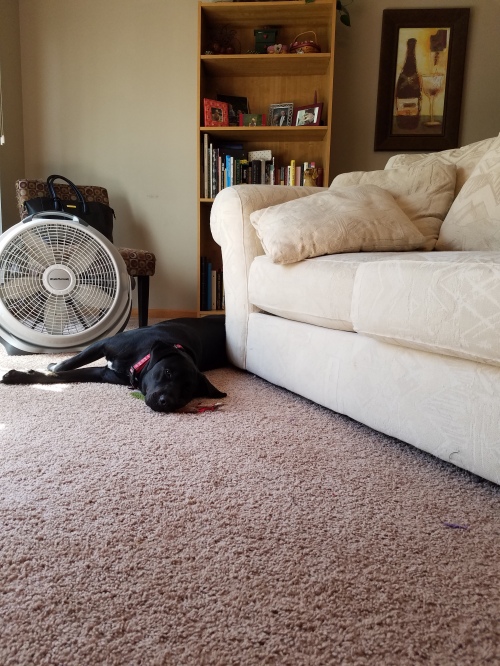 Still counting down to 50.

42. I was downstairs talking to a now-former neighbor about a month ago, telling her about my pending move to a condo a little up the street. I’d been in the apartment above hers for seven years, and she and her extended family had just moved in within the last year.

My excitement about the new place was evident, and I’d invited her to stop in some time and sit out on my deck. Then she said something that caught me completely off-guard.

“Molly, I’m so envious of you. You really have it all together.”

Tears welled in my eyes almost instantly. I was touched by her honesty, but also by the fact that since my divorce 15 years prior, I’d hardly lived the life anyone would envy.

We talked a little more, then I retreated to my apartment and continued packing. 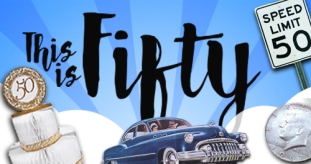 I’ve thought a lot about that conversation since. This woman isn’t much older than me, but lives with her 30-year-old son, his girlfriend and their two small children. The younger woman is expecting a third child in the fall. In the six or so months I’ve known them, the three adults have been in various stages of employment, sharing one car. I’ve given rides and been asked for small “loans” I know will never be repaid. They struggle, but they’re decent people (aside from the constant pot smoking by the son – which is only annoying because the smell is rank and filtered into my apartment).

I think that conversation best illustrates why I’m so looking forward to 50.

I’ve always tried to be positive and enjoy the life I have – no matter what the situation was at the time. But in the 15 years since my divorce, it’s been tough. I’ve filed for bankruptcy twice – the first time because my soon-to-be-ex-husband was going to file and my attorney said it would be in my best interest, the second because a new bank had taken over my mortgage and was threatening an impossible refinance and I had to walk away.

For the first 10 years post-divorce, the kids and I lived on what I made, day-to-day. No credit cards to help in a pinch, if we didn’t have the money we didn’t get whatever was wanted. It meant the kids were on reduced-price lunches for a couple years in elementary school. It meant our gas was shut off one summer because I fell behind in the payments – then earned a real estate commission check big enough to catch up, just in time for fall. It meant being upside-down in cars I didn’t like because my credit score was horrible and I allowed myself to be bullied by a salesperson who convinced me “this is the only car you qualify for.”

It meant we didn’t do vacations, seldom went out to eat or to the movies. New clothes were a luxury saved mostly for back-to-school, holidays and special occasions.

But it was still good. I said – often – that I loved my 40s, it was the best decade ever. And, really, it was. I had great people in my life, and things always seemed to work out – mostly because of the great people I had in my life. We were never homeless, there was always food to eat, my relationship with my kids has always been strong.

For the last three or four years, though, things have slowly started turning around. Life was still good, but life was getting good, too. My credit score was improving and I was able to get a credit card. My daughter and I went on a Colorado vacation with my then-boyfriend and some of his family. I could go out with friends more.

In the last year, things have really turned around. I was able to get rid of the car I didn’t like and get the car I really wanted. I went on vacation to Phoenix to visit a cousin/friend. I’ve realized what I really want in a relationship and have stopped accepting less – which led to my telling a man who’s been in and out of my life for several years how I really felt about him (it didn’t end like it does in the movies – sigh).

And now the move. I have my first “me” place, a grown-up apartment/condo with all of the amenities I’d want.

This is why I’m looking forward to my 50s. I’m a more grounded “me” than I’ve ever been, and I’m excited to see where it goes.