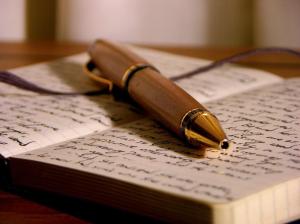 It’s a saying my friend and cousin Cara and I have used the past few years, almost as a code to let the other know that we’re frustrated with the opposite sex.

After four months of being really pretty darned happy – I met a great guy and was happy with how things were going – the mantra has returned.

I say that not as a whiner, but as a stronger person than even I realized. I’ve often said I love being in my 40s but I don’t think I really understood the extent of that statement. I’m better in my 40s – stronger, smarter and more confident and happy with who I am. I really got a glimpse of just how true that is this week.

I met The Boyfriend in July and was a little apprehensive. After six years of kissing toads, apprehension just comes naturally. But we hit it off pretty quickly and were soon “comfortable.” There were no nerves when we’d get together, we would talk/chat/email all day and though he worked two jobs and had just one free weekend a month, we managed to find time to spend together. He sent me texts every morning to wake me up and wish me a good day, there would be a good morning email either waiting for me when I got to work or would get there shortly after I arrived, we’d kid around during the day …

Then it just ended. He stopped texting and emailing, and wouldn’t answer his phone or return messages. Monday and Tuesday I was hurt, but Wednesday I was pissed. He was going to stop by to pick something up Wednesday night for his family Thanksgiving and I had to call him at work to find out when he’d be here (since I knew he wasn’t answering texts or emails). He gave me a time and we hung up. Then he never came. Never called. Never sent a text to let me know he wouldn’t be there.

I called to find out where he was, and he didn’t answer. Stunned, I hung up. Five minutes later I called again and this time left a message. I was done. I told him goodbye. Two days later and I still haven’t heard from him.

I let myself be sad for the rest of the day. Just that time. Then I moved on.

This Molly – the real Molly – is a better, stronger version. I deserve better. We all do. The Boyfriend was stressed, I’m sure, but in his decision to ignore me – even when he knew it was hurting – he suddenly took his pain and tried to make it mine, and let me know my hurt and pain didn’t matter.

It does matter. It matters to me. And this Thanksgiving, I’m thankful for the strength and confidence to stand up for myself.