My failure as a mother 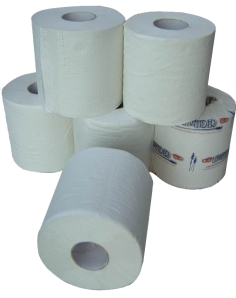 He has always held such promise: he was able to recite the alphabet at 18 months, wrote some of the letters (OK, just the linear I, H, E, F and T, capitals only) when he was two and a half, was reading before he entered kindergarten.

In elementary school he tested years beyond his age. He learned to ride a bicycle the day his father started to teach him, and was always a caring young man when it came to family.

As a teenager he wasn’t interested in driving until just this past summer, before his senior year. He’s taught himself to play guitar and keeps a watchful eye on his gas tank.

I’m so very proud of all of these accomplishments. He is truly a wonderful young man.

Still, I know in the years to come I will get a tearful telephone call from some as-yet-unidentified young woman, blaming me for the one thing I was not able to teach him to do.

He doesn’t know how to change the roll of toilet paper.

I’ve tried everything, even the simple little rods that sit in holders as opposed to the spring-loaded sticks most people use. When he was younger I tried to make a game of it, to see who could do it the fastest. Nothing worked.

There must be some internal switch I failed to activate. This is the same young man who can wipe out an entire army of aliens in any Halo game, survive zombie attacks while eating a sub sandwich or mow my entire yard in 45 minutes — a task that takes me almost two hours — and yet can’t seem to put a small roll of paper on the holder. At this point I wouldn’t even mind if he loaded it upside down, just so he loaded it.

I’m so sorry, nameless future daughter-in-law — I tried. I really did.

One response to “My failure as a mother”